And Now For Something Completely Different . . .


Life in San Francisco is bizarre. There are so many things to remember and it isn't the fairytale New York and London appear on the outside. San Francisco is dirty. It's grimy and cold and windy. It's a smorgasbord of people from hundreds of different cultures all squished together into a 7x7 mile box.

The neighborhoods are different worlds. I live in the Sunset, (which sounds much prettier than it actually is: "Sunset" is more an inside joke for, "You'll never see the sun again when you move here. HAHA! SUCKER!"), where I am surrounded by Asian restaurants from different regions of China, Japanese, Vietnamese, Thai, and Indian cuisine -- all within four blocks of my little world. But Mexican and Italian? Forget it. Make it at home or wait until you can travel to North Beach or the Mission.

I think the reason San Francisco is less "magical" and more "grit" is because the history only goes back a couple hundred years, yet due to it's distance from the beach, there are already ruins. Seriously, Lands End used to host an indoor, community, salt-water pool called Sutro Baths, that I am so jealous no longer exists. I mean, look at this:

﻿I'll have you know, there was a view of the ocean out those windows.

But in 1966 it burned down and now it looks like this:

It's almost eerie there now. No one died in the fire, so it's not like there is some cool ghost story to go along with it, instead it just feels... Sad. Not beautiful, where the ruins of temples burned down so long ago you can't believe it still exists. The Sutro Baths burned down recently, and yet the evidence is almost gone.

I feel like a lot of San Francisco just feels... Lost. As though it was abandoned. It had all of these beautiful landmarks that were slowly stolen by the acidic environment and big money...

On living here, however... I have different opinions.

Here are 8 things I've noticed during my many moons here:

1. Do not make eye contact with strangers. You have no clue who is going to smile and who will start screaming "What are you lookin' at, **********?" By avoiding eye contact, you avoid most problems. The street is not a place to make friends. The street is where you show off your RBF.

2. Meals. It's no longer a question of: Chicken, beef or fish. The way you choose meals is based on
what type of cuisine you want. So before I moved, it was something like: Taco Bell or Applebees. In SF everything is available and either within walking distance or delivers. So your choices are closer to: Greek, Italian, Indian, Chinese, Mexican, Spanish, Vietnamese, Thai, Japanese, fancy American, trashy American.
Do you want pizza, tacos, sandwiches, salads, soup, gyros, spring rolls, sushi or tapas? Nothing is simple or easy, and if you think you have problems choosing what to eat for dinner now, you have NO IDEA until it's all at your fingertips and everything sounds disgusting. 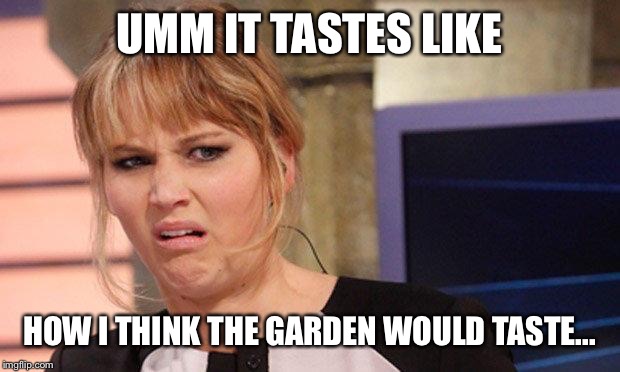 All of those things sound awful, I will survive on hummus and pita.

﻿
3. Your neighborhood becomes your world. Choose wisely. I have a friend who lives on the other side of Golden Gate Park that I've known since kindergarten that I  have literally hung out with *once* since she moved here four years ago. You will find and make friends with your neighbors, and after that it gets pretty darn lazy. Making friends outside of your neighborhood is just bad planning. Your neighborhood becomes your world because the amount of effort it takes to drive and park (30 min), bus it a half a mile (45 minutes and 2 buses), or walk across the park (45 minutes). At which point, it's faster to just take Uber, but then is your friend worth $16 just to meet for a beer that will inevitably be $6-10/each? God forbid you want a cocktail. That's an hour of traveling and $60 just to hang out for a couple hours.

4. Day drinking is a religion. I've been around the country and it's insane how common it is in most cities to leave for a party at 9pm. Which blows my MIND! I remember in college thinking that arriving at a party before 10pm was just stupid, (even though you'd only hang out until 1am or 2am, so it just seems like poor planning). In this town, you meet up at 5pm-6pm, and then you drink until around 11pm. Then everyone goes home, why? Because a champagne brunch the next day is far more exciting and you don't have to be in a sketch neighborhood late at night hunting down one of the last taxi's downtown. You start early and you end early. I don't know a single friend that would leave the house after 11pm, unless it was to meet up with friends at the pub around the corner. You do not travel late at night.

5. Rent is absurd. If you can't find common ground with someone, as opposed to talking about the consistently foggy weather, discussing rent is an easy solution. Also, remember how its $60 min to meet friends in a different neighborhood for drinks? Now remember, your rent is $2000/month for your studio apartment. If you had zero bills, that would mean you could go out, but it looks like, you have about $100 left after rent and bills. So... You aren't leaving your neighborhood.

6. It's COLD. IT'S SO, SO COLD. This morning, in icey cold July, it gets to a high of about 70* during the day, and then back down to 50* at night. Now, that would be all fine and dandy, except for the artic winds that blow at all hours of the day. So that 70* feel like 50* and that 50* feels like 30*. If you even bring shorts to this town, I will tap my friend on the shoulder, point you out and we'll laugh at the tourist who didn't believe the weather. Just like Indian summers in NYC, in San Francisco, bring jacket or a coat year round. You may not need it at 1pm, but at 4pm you will be grateful we had this talk. Speaking of which, people with tan's look like carrots in the fog.

Sidebar: When I used to work across the bay, it would be 90* in Alameda, and then I'd drive home at 4pm through this: 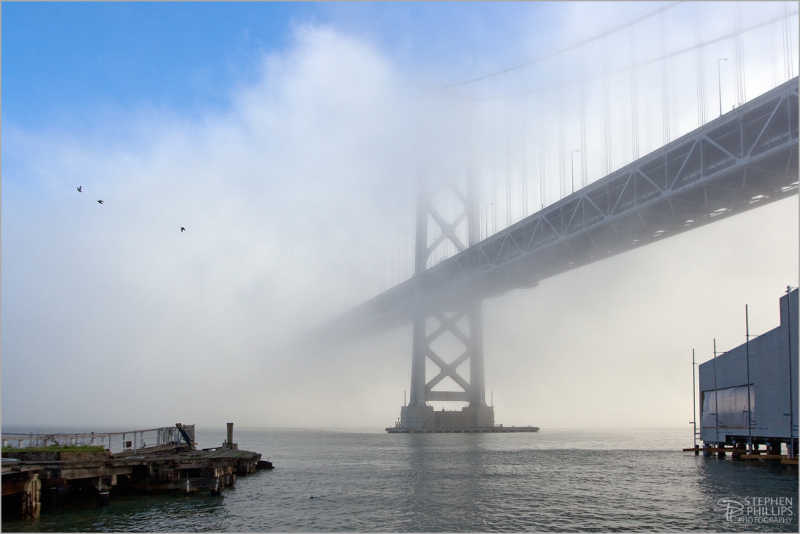 Have you ever seen/read The Mist by Stephen King?

7. People are very friendly (except on the street. If they are friendly on the street, they want something). When you head in off the streets and actually sit down in a bar or restaurant, painstakingly avoiding hipsters and over-crowded tourists attractions, you will find some truly amazing people. San Franciscan's are open and come from all different walks of life. You can sit down with anyone and find out when they first moved here, why they decided it was their city and learn all about where they came from. They're the people you meet up with by just showing up at your favorite watering hole because that's where they go too. You may not find them right away, (it isn't easy to make friends), but when you do find them, they become your family.

Go to the Financial District during December when they have the Christmas lights up and go ice skating by the Ferry Building. 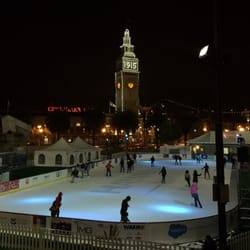 Golden Gate park has trees from all over the world that were transplanted. There is the Botanical Garden, the Academy of Sciences, the Japanese Tea Garden, bison, a lake with a waterfall and ducks, and even a Carousel. Even something as simple as walking around my neighborhood to pick up groceries has the feel of a small European town.

So while San Francisco is frigid, cold, and dark -- It is also cozy. Some summer days I can't wait to break away from the heat and curl up with my cat, a blanket, tea, and the heater on a high, to read.

But today is not one of those days. I'm cold and I hate everyone with a tan.